This quaint West Village NYC neighborhood is famous for its historic brownstones, townhomes, and winding cobblestone streets where you will find the cutest cafes and highly-rated restaurants. For the most part, the neighborhood runs from Sixth Avenue to the Hudson River from Houston Street to West 14th Street. The neighborhood lies between Chelsea to the north and West Soho and Tribeca to the South.

The West Village was part of neighboring Greenwich Village until the 1980s, but now, it has transformed into its own unique neighborhood with its own attractions. Since the early 1900s, the area has attracted artists and writers, including Allen Ginsberg, Dylan Thomas, and Jack Kerouac. Now, this is one of the neighborhoods of Manhattan that attracts the most A-list celebrities.

Home to gorgeous historical buildings that date back to the 19th century, the neighborhood has many different kinds of architecture, from Romanesque Revival-style homes to Greek Revival buildings. Grove court on Grove Street is a good example of the historical backdrop.

Most of the buildings are old New York City, but the buildings closer to the Hudson River are more modern—here, you’ll find industrial-style buildings with lofts and new(er) development condos. In the West Village New York apartments are priced higher than most of the other parts of the city as there is very little supply and a lot of demand.

The neighborhood is convenient in terms of location, as the public transportation from the West Village is quite good. You can find the A/C/E, B/D/ and 1/9/2/3.  In addition to MTA options, there is also a Path Train stop to New Jersey or E34th Street and 6th Avenues in Manhattan on Christopher Street between Hudson and Greenwich.

Preservation groups have been vocal about the need to restrict development in the West Village in order to preserve the architectural and historic integrity of the neighborhood. The Village is made up of more than 50 blocks and protected by New York City Landmarks Preservation Commission. 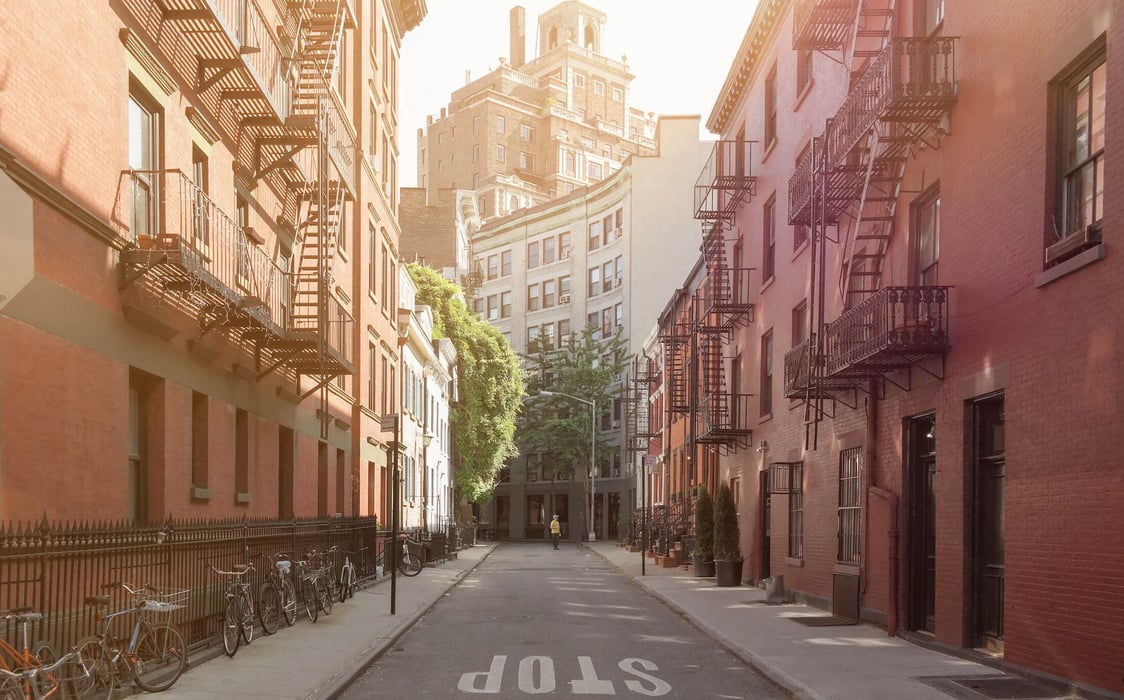 There are very few new West Village NYC apartments that come on the market each year. In fact, as of July 31, 2022, there are no scheduled projects that have been approved by the NY attorney general and coming into the neighborhood. For this reason, prices for newer buildings are very expensive.

If you are looking for luxury New York apartments West Village may not be the best neighborhood to look in since there are also so few new condos for sale.mWhile not brand new, these are some of our favorite buildings in the West Village: 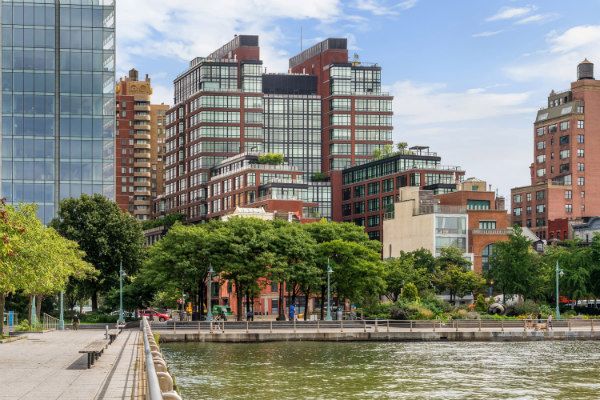 150 Charles Street: Built in 2013 by the Witkoff group, 150 Charles, a red brick luxury condo building, blends into the neighborhood’s fabric. It has become very popular with famous actors and heads of industry.

Superior Ink (400 West 12th  Street): Designed by NYC’s favorite architect, Robert A.M. Stern, Superior Ink is a full-service luxury condo building along the Hudson River. There are also a set of adjacent townhouses on West 12th Street that were designed as part of the project.  This building has been a huge success since its arrival in 2009. 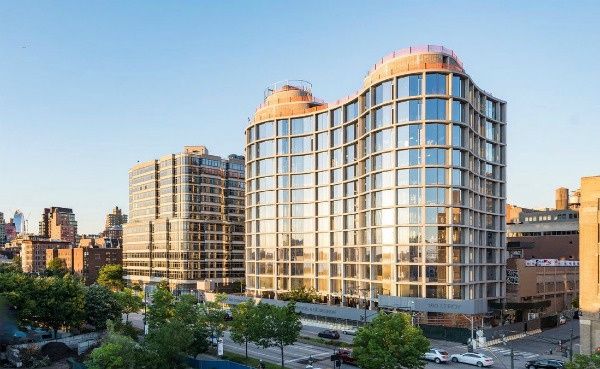 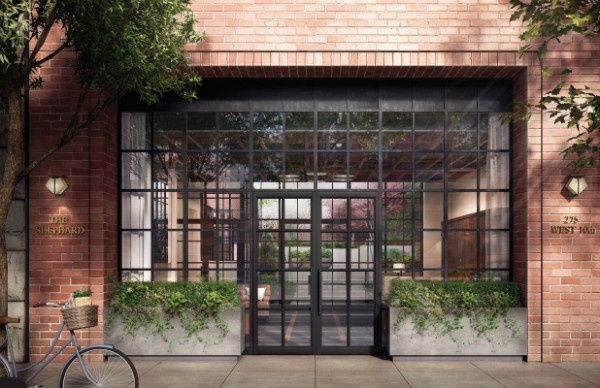 The Shephard (275 West 10th Street):  Constructed in 1896 as a warehouse and gut renovated in 2018, apartments here have high 11’ ceilings and large windows. Architectural details remain from the era in which the building was built, including barrel-vaulted ceilings and herringbone real wood floors.

299 West 12th Street: Designed by Emory Roth and built by Bing and Bing brothers in 1931, this pre-war condo is in a great location at the intersection of Hudson Street and Eighth Avenue on West 12th Street.

The West Village has always been accepting of its bohemian culture with colorful residents. The village, historically, has been the focal point of many different political and cultural movements, such as LGBTQ rights, Racial Equality (Cafe Society, the first racially integrated nightclub in the city, opened in 1936).

Because of its literary roots, the West Village is full of bookshops that sell new and used books. Take a walk down Bleecker Street, and enjoy window shopping in some of the quirkiest and cutest shops New York NY has to offer.

The gay rights movement had a critical moment in West Village at Stonewall Inn on Christopher Street in 1969. Much of that scene, however, has moved up to Chelsea and Hells Kitchen over the years. 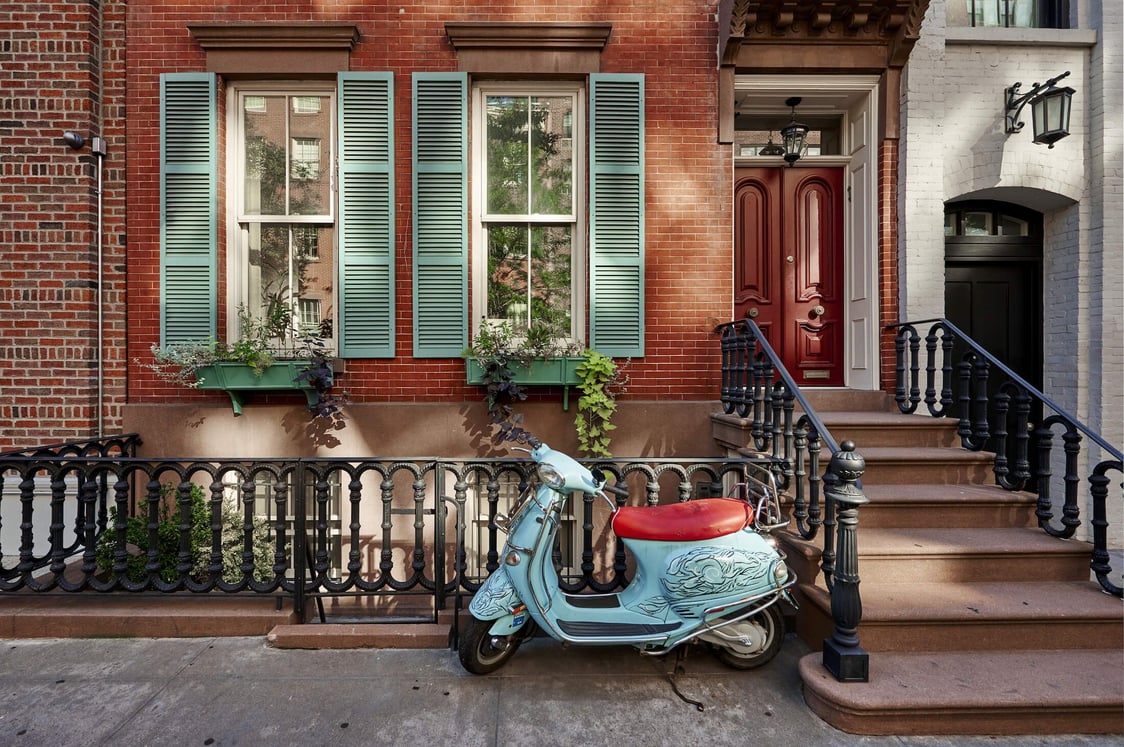 The neighborhood is a great place for people watching. Do this from one of the most popular attractions in the West Village like the High Line. This former railway line has been transformed into a park with beautiful flowers and plants. The park also often has sculptures from top artists on display, and it has stunning views of the Hudson River.

At the southern end of the high line is the Whitney Museum of American Art, which is devoted to the art of the United States. After Gertrude Vanderbuilt Whitney’s offer of 500 art pieces to the Met were declined, the Whitney was founded. The Whitney was once located in the Upper East side, but moved when the High Line opened in 2015.

The building was designed by Italian architect Renzo Piano (who also designed 565 Broome in Soho). The museum has a permanent collection of 25,000 works created by 3,600 artists.

Sex and the City

The West Village features prominently in the show Sex and the City. Tours will take you to Buddakan, Carrie’s brownstone on Perry Street (a beautiful tree-lined street in the heart of the neighborhood), the boutiques along Bleecker, or Magnolia bakery, made famous by the show.

Also prominently featured on the show, located on the Far West side of the West Village Manhattan bordering West Chelsea, is the glamorous Meatpacking District is a 24/7 neighborhood with an interesting array of diverse residents and visitors. Today, it is home to many of the tech, design and fashion industries. It is also where the high line begins, so it is also home to The Whitney.

The restaurant scene outside of the Meatpacking District in the West Village is legendary. Be sure to make a reservation because these restaurants are cozy and, therefore, tables fill up quickly.  The Spotted Pig, Tartine and Buvette are some good options. Or, watch the latest comedy show at the Comedy Cellar on MacDougal Street or pop in to Mezzrow Jazz Club on West 10th Street.

Little Island park opened along the Hudson River Park. This is a manmade park that sits in the Hudson River at the end of West 14th Street. The brainchild of media mogul Barry Diller, the Thomas Heatherwick designed park is a unique landscape of rolling hills.